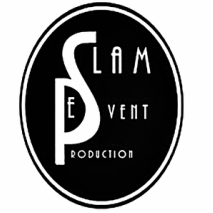 ​Saturday, September 22, 2018 – It was a combination of heavy traffic and light rain that day but
we knew, we were on to something exciting and awesome. So despite the hassle and stress that Quezon
City brought, we still went to Art In Island to represent SLAM Event Production at the
WishCard Blogger’s Meet 2018.

1KSolutions' WishCard invited different bloggers and vloggers for the event and SLAM Event
Production was one of the lucky ones indeed. The said media company will be collaborating with these
content creators for the launching of the WishCard, a privilege card for all, but not limited to, Wish
107.5 listeners. The amazing thing about this is that, not only well-known creators are in
this collaboration but also the aspiring new ones. How cool is that?

Arriving at the venue, we registered our names by the entrance and put on shoe rags before
entering Art In Island. Apparently, there is a strict NO SHOE POLICY in this museum. We were greeted by
the organizer’s from Wish 107.5 and looking around, it was just amazing. Mind you, we were just at the
ground floor of the museum. Why was it amazing you asked? Because of the paintings hanged on the wall,
displayed in front and placed on easels. The mixture of colors for each painting expresses each painter's creativity and for some,
emotions that was put into something aesthetic that complimented the walls of the museum.
​I’m not an art critic but I do appreciate art when I see one. You
would also smell the roasting coffee and toasting bread from the café just at the end of the room.
​ 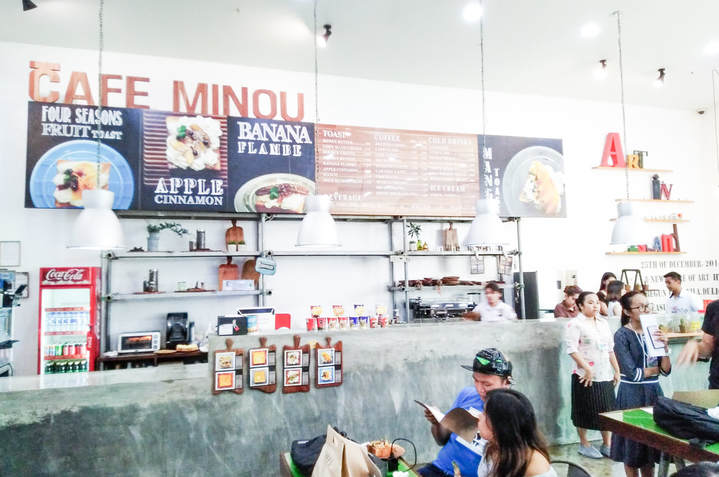 ​Tables and chairs were lined at the center for the guest to use and one by one, vloggers and
bloggers are starting to occupy the seats. 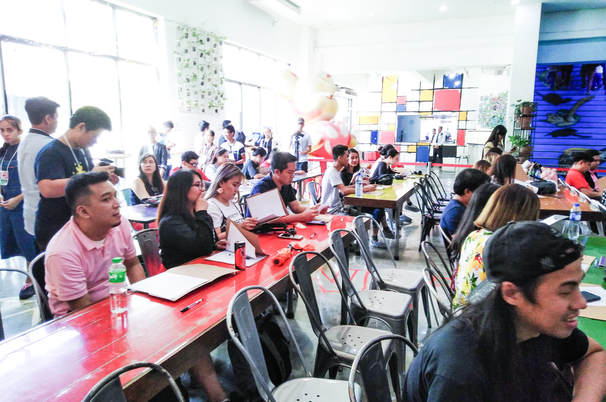 While waiting for other guests to arrive, Ms. Sarah and Sir Jonas of Wish 107.5 made a brief
introduction of themselves and of the radio station. They also started an icebreaker where they
interviewed bloggers and vloggers about their own content and why they accepted Wish’s invite.
Our luck has just been hitting high as SLAM’s team were the first one to answer these questions.
Don’tget me wrong though, it was an honor to represent SLAM but as a newbie? Trust me, I was undeniably shaking as I was asked to answer in front of the crowd. Keeping it short and straight-forward was the key and without knowing it, a few seconds has gone, and I was walking back to my seat. Well, this is what you get for getting the front-row seat right? Other bloggers and vloggers were asked why they create these contents and someone got togive some advises on how the aspirants can start their own blogs or vlogs.

Getting through the icebreaker, we were then showed a short clip about what was going to
happen in the collaboration. What the bloggers and vloggers have to do and what they can get from it.
The video didn’t take too long before the guest speaker was called to the front to further elaborate the
collaboration.The said guest speaker was no other than the Chief Executive Officer of 1KSolutions – Mr. Noel
Peralta Jr. To be honest, he wasn’t anything I am expecting. A full-on suited man, maybe in his early to mid
forties. Nope. He is not that at all. A guy in his thirties, simple jeans and polo shirt, now, this was our guy.
He kind of looks like your typical nice guy. 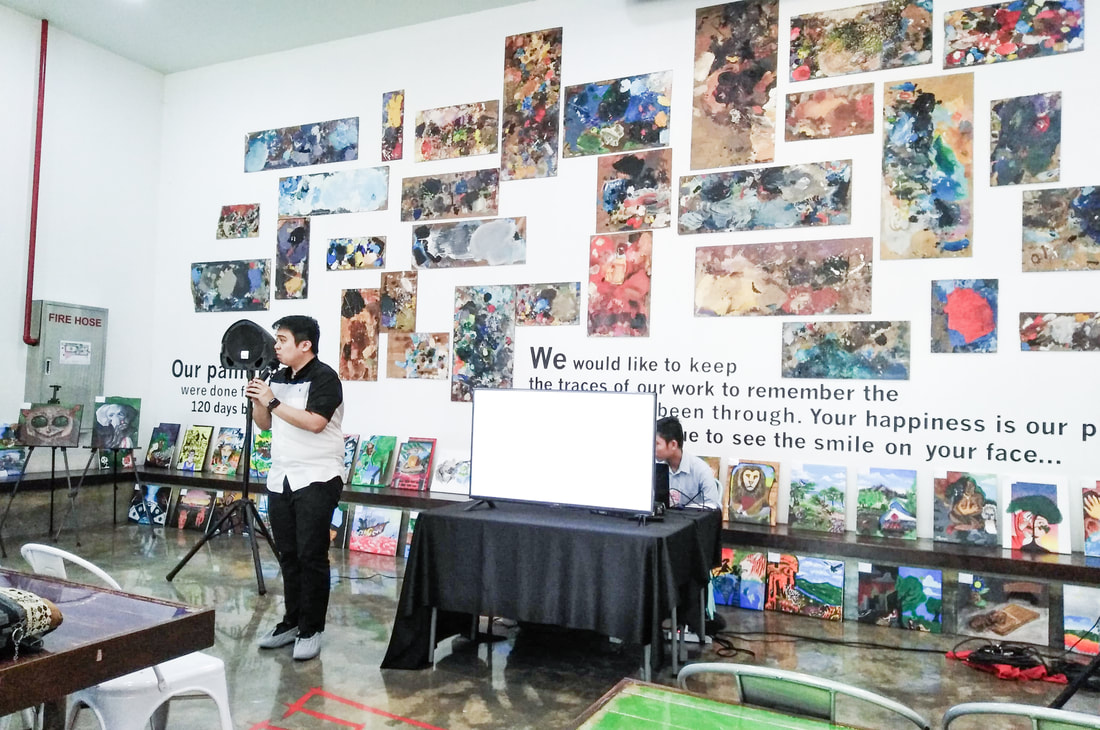 He started introducing the company and emphasizes on the Wish Bus and Wish Card. This was
where we knew that the famous orange Wish Bus has come to Hollywood! How awesome is that?
​Mr. Peralta envisions that not only Wish would make it in the
international scene but also the bloggers and vloggers that collaborates with them. With all these
disclosed, it was time for signing the Memorandum of Agreement (MOA). 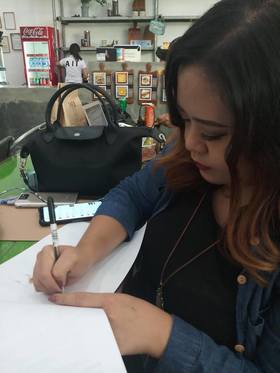 After we were handed the MOA, we were also handed another thing. FOOOOOOD!! And let me
tell you, it was sumptuous! My nose wasn’t wrong at all because it tasted just how it smelled. All the
guest were given two slices of toasts and a different topping. What we got was topped with creamy
peanut butter, lots of banana slices and a drizzle of chocolate syrup. Mouthwatering isn’t it? Others
were topped with scrambled egg, some with mango and whipped cream, etc.

After the very satisfying meal, we are now given the privilege to tour Art In Island, for FREE! Yes,
FREE! Excited as a kid, we went upstairs to start the tour. Now, we’re doing the tour backwards, so we
started on the second floor. There were wall paintings everywhere! And not just an ordinary painting,
but interactive three-dimensional paintings. There were also red circles on the floor marking the spots
where you should take your picture to find a perfect angle for different 3D paintings.

We found ourselves in a large room with large wall paintings which, I would say, was my favorite
part of the museum. After a few minutes of indulging to the beauty of that room, we were asked to sit
at the sides for a Media Presentation from Art In Island. One word. Mesmerizing. It was like a light show
but better. So much better. The lights were telling a story of how the world began. No narration needed
to make you feel something about what is being showed. The sound and light were enough to give you
an intense feeling. It was a great finale of the tour.
All in all, the experience was unforgettable and SLAM Event Production Team is very grateful for
Wish 107.5 for letting us participate in this collaboration. To more blogs with Wish! 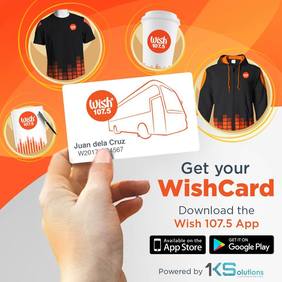 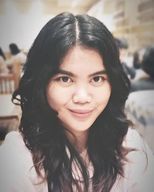