Imagine aliens invading Manila at present. Given the familiarity of the theme as we’ve seen it in movies before, it makes up for a cinematic although unoriginal premise. But can you imagine a restaurant producing a digital short about such story in order to promote their dining brand? That’s an extraordinary and daring feat altogether that Max’s of Manila or Max’s, a Philippine-based restaurant, had pulled off. And quite successfully at that. In the words of millennials these days, “advance sila mag-isip.”
Veering away from the traditional ‘hugot’ love stories or melodramatic snippets of family life, this new online commercial (released last October 14) from Max’s still tugs at the heartstrings without resorting to the familiar. In the first minute, we don’t see food, or chicken, which is mainly their bestseller. Also absent are the brand’s well-known celebrity endorsers like Piolo Pascual or Coco Martin. Instead, they’ve invested on aliens.
​

​The ad starts with a family of aliens who landed in present day Manila. It showcases scenes with people who are unquestionably terrified upon seeing the aliens. The next day, they are met with violence when alien effigies are burned on the streets in protest of their presence. In the middle of this terror and chaos, a Max’s security guard nearby comes to the rescue when he opens the restaurant’s door as if signifying a warm welcome to these beings. A waitress then ushers them inside with a big smile on her face. Inside Max’s, the aliens, and in turn we as viewers, are amazed by the sight. Everybody is accepted here regardless of gender, age, color, nationality or even specie. Then on cue we can hear a children’s rendition of Kaleidoscope World by the late rapper, Francis Magalona. “Every color, every hue, is represented by me and you”. It ends with a pronounced and touching note of empathy and compassion with the text over black sayinh: “End alienation. Every kind of Family. Every day to the Max.”
From the get-go, it’s easy to dismiss this as one of those underbudgeted flicks shown on TV these days that are widely criticized by netizens. But this ad is fantastically crafted: the aliens look familiar but are not exactly a carbon copy of any movie or TV character we’ve seen; the visual effects are suitable such as the one shown during the top shot of the ‘space ship’ or the fabricated lamp post which fell down; plus the color grading is stunning, something that reminded me of a sci-fi movie like Blade Runner. But, technicalities aside, what truly stands out in this ad is its message. It is the brand’s fascinating take on family and inclusivity.
This two-minuter ad reminds us that relatable content together impressive cinematic storytellingwill always rise above traditional gimmicks and cheap media depictions. The song used also reinforces the emotional appeal — or ‘pathos’ in the words of Aristotle—- of the ad. It’s about unity and acceptance. Moreover, with a brand spanning over 70 years, Max’s credibility or ‘ethos’ is also emphasized here. In fact, this only strengthened the company’s core values and its clear appreciation of their market or clientele. And finally, with a strong hook and finale about ending alienation, the ad delivers its argument or ‘logos’ beautifully, delivering the message that it wants to get across. That it’s not just about food. It’s about being in a safe place, lovingly enveloped with hospitality to a Filipino home, just like welcoming another member to the family. 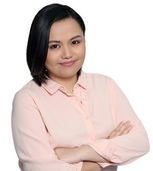